Lacock lies on the broad Avon river valley midway between Melksham and Chippenham on the A350.

The name of the village probably came from the Saxon word lacuc which meant little stream and referred to the Bide Brook, a small tributary of the Avon, which ran through the village. The village today is unique in that it is mostly owned by the National Trust with very few buildings later than the 18th century. 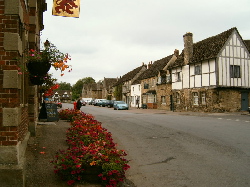 There is evidence of Roman occupation and later Saxon settlement around the Bide Brook which runs from west to east through the parish. There was another
Saxon settlement at Lackham. The Domesday Book of 1086 tells us that both were roughly the same size. Following the Norman Conquest of England in1066 the village came into the possession of Edward of Salisbury and by the early 13th century had been passed on to Ela, Countesss of Salisbury who was married to one of the most powerful barons of the time, the illegitimate son of King Henry II.

Ela founded the famous Abbey in 1232 and obtained charters for a weekly market and annual fair which helped it to become a thriving and prosperous community. Stone from near Box and timber from the nearby royal forest was used in its construction. Although there were only a small community of nuns there were considerable numbers involved in the administration, support and running of the Abbey and its estate. 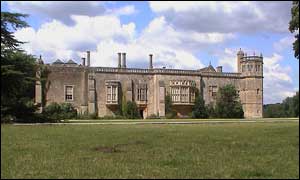 Throughout the period of dispute between Henry VIII and the Church and Pope the Abbey continued to function but following the Dissolution of the Monasteries it was finally handed over to the king in 1539. Fortunately it escaped the widespread destruction that other monastic houses suffered at that time and the abbey was sold on to William Sharington who converted it into a house. Although it was a major conversion a great deal of the original medieval structure was preserved, notably the nunnery. Having no children to succeed him the building and much of the village estate passed to his niece Mrs John Talbot and was retained intact in the family for over 400 years even through the difficult years of the English Civil War (1642-1651). It was donated to the National Trust in 1944 by the owner Matilda Talbot.

The village outside the Abbey developed west of the 11th century church of St Cyriac and its adjoining market place. The development was assisted by its proximity to the old London to Bath packhorse route which crossed the River Avon half a mile to the north which at the time was the only bridge for many miles. A second bridge was built during the 17th century which took the route through the centre of the village. During the English Civil War (1642-1651) the village was occupied by both Parliamentarians and Royalists and although the Talbots were Royalists they managed to keep their land. After the Restoration of the Monarchy of 1660 King Charles II visited the Abbey.

The village was regarded as a thriving town with numerous industries in a prosperous farming community but this all changed following the construction of the new London to Bath A4 road in 1783 and the old road through the village fell into disuse.
The weaving industry ceased altogether during the 19th century as the industry moved first into the factories of nearby towns and later away from Wiltshire altogether following the English Industrial Revolution. Despite the construction of the Wilts and Berks Canal at nearby Bowden Hill and later a railway and small station just to the east of the village unemployment continued to rise. The population decreased further as people left or were forced to move into nearby towns. It was about this time that the village produced its most famous person, William Henry Fox Talbot who occupied the Abbey. 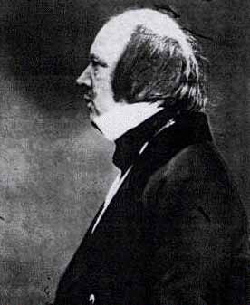 William Fox Talbot was a botanist, mathematician, astronomer, Egyptoplogist and member of the Royal Society and can justifiably be regarded as The Father of Modern Photography. Following lengthy experiments producing photographic negative he discovered a means of printing positive images from it in 1840 on which modern photographic image processing was based. Quite what he would have made digital photography we can only imagine. In 1916 the abbey was passed down to Matilda Talbot who in 1944 donated the Abbey, Abbey Farm and all the village that she owned and 284 acres of land to the National Trust.

Lacock village is well worth visiting but does become very crowded in peak visitor months so you should try and avoid those times. You could be forgiven for thinking that it is a fossilised village frozen in time but you could not be further form the truth. It is very much a living working community. The village is justly proud of its traditions and history. The National Trust has a letting policy which favours people with connections to the village especially if they have a young family. Unlike many rural villages in Wiltshire and for that matter in England the end result is that the village has retained its young people with a thriving school, family run shops and businesses that form the essential life blood of a community. The Abbey and its grounds with its flourishing botanic gardens is of course the main attraction to the visitor and you will not be disappointed. There are other attractions nearby, notably Lackham Country Park where there are a myriad of attractions for all the family including a museum of agriculture and rural life, gardens, a woodland walk, a miniature passenger-carrying railway, tractor and trailer rides and an animal trail.