Avebury Stone Circle is a World Heritage Site about 40km or 24 miles north of Stonehenge and is also owned and managed by the National Trust.

The stone circle is located in the north east part of Wiltshire on the edge of the Marlborough Downs. This Neolithic site is not as well known as Stonehenge but it is in fact the largest in Europe. However, for the visitor it is very accessible and visitors are free to wander through the site. In fact part of the modern village, itself a typical attractive Wiltshire village and also of historical interest, occupies some of the ring. The Stone Circle is believed to have been started around 2800bc by the same Beaker People and predates Stonehenge by about 500 years when the first stones were placed at the site of the original timber henge.

The stone circle(s) has its own unique history and mystery and perhaps it was not so much an astronomical as a sacred and ceremonial site. The outer circle surrounded by an earthen ditch and bank comprises around 200 large Sarsen stones, some weighing over 200 tons. These were dragged from the nearby Marlborough Downs to the east. This stone circle is very large in comparison with other such circles.

There are two smaller circles, a north and south circle, set within this outer circle of larger stones. As with all such prehistoric sites conjecture and theories abound. One such theory is that the inner stone circles were places of ritual and sacrifice. We just do not know anything for sure. 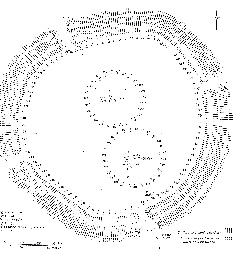 Although much of the circle was destroyed in the Middle Ages the stones were partially restored to their original positions by Alexandra Keiller in the 1930s. A museum, The Keiller Museum was set up in the village to store and display his many finds not only from Avebury but also from the surrounding area. This presently houses one of the most important prehistoric archaeological collections in the country and is well worth visiting.

Sites of prehistory abound throughout Wiltshire. A few miles away from the Stone Circle is Silbury Hill, a large conical mound, the Kennet(s) Long Barrow (ancient burial mound) and the ancient Ridgeway to name a few. 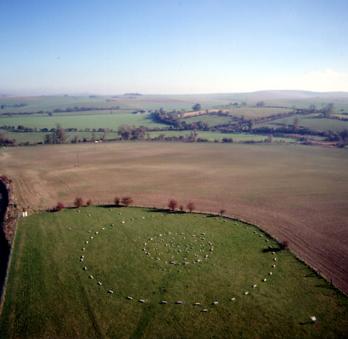 As well as these there are other sites of interest from Wiltshires more recent past. To the southeast just beyond Marlborough is the ancient and beautiful Savernake forest, a favourite hunting ground of medieval monarchs. Close by and well worth visiting is the Kennet and Avon Canal with its old pumping station at Crofton, the windmill at Wilton and the canal-side villages of Great and Little Bedwyn deep in the heart of rural Wiltshire. There are so many places of interest all over the county, prehistoric, ancient and not so ancient.